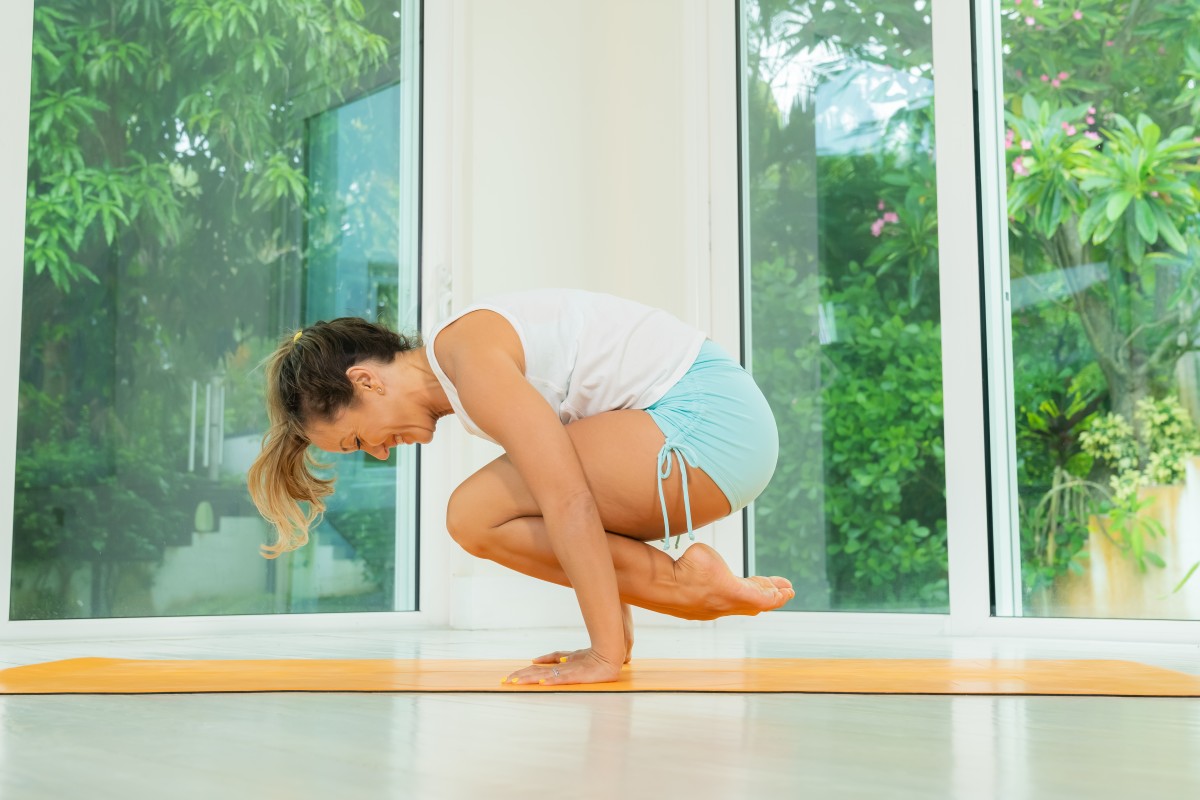 At first I was terrified of meditation. Well, it wasn’t really meditation that was scary, it was the idea of facing my my own mind. Before I started yoga I had a few total breakdowns, which could be called psychotic episodes that broke reality off from normalcy and left me at the bottom of a black hole that took years for me to fight, claw and climb my way out of. I knew that brokenness was within me and I didn’t know if I was strong enough to face it stone cold sober with just me and my breath. But I started sitting for just five minutes a day—that was what I could handle.

Just like the yoga poses, I was not naturally good at meditation. My mind was jumpy, impatient, emotional and generally imbalanced. Those five minutes seemed SO long. I stuck with it and eventually five minutes turned into ten, ten turned into twenty and eventually I drummed up the courage to join a ten day Vipassana meditation retreat. My first ten-day course was life changing and I recommend anyone even tangentially interested in meditation to sign up for one (full details are here—www.dhamma.org).

The idea of sitting in silence with your own thoughts for ten days sounds utterly daunting to most people. I won’t lie, it’s hard work and it isn’t a vacation. I faced my own inner demons as never before, with a bare, naked vulnerability that wouldn’t be possible in any other circumstance. Stripped of the distractions and entertainment of life, with no one to blame, I sat there, literally, with my own mental and emotional garbage. The feeling that I had upon completion of the course was of a massive system reboot—the system being the operating system of my mind and the reboot felt like a radical paradigm shift. Perhaps I could say I felt reborn. But, aside from the mystical connotations of big life-changing alterations of the mind, the tools of meditation are inherently practical tools that make a big difference in the quality and efficacy of everyday life.

There are three basic emotional tones—positive, negative and neutral. The analytical mind is constantly categorizing experiences, thoughts, feelings and everything that rolls through it accordingly. Even more so, the subconscious mind is constantly reacting to the perception of positive, negative or neutral. Moment after moment is driven forward to patterns rooted in the past. The first step towards freedom is not positive thinking, but the simple act of equanimity.

There is an ancient Zen story about a young student who seeks out a master with the intention to becoming fully enlightened. The student arrives and tells the teacher how much he has studied and highlights his knowledge and skills. The teacher refuses to take the student on. Much like a cup filled with mud will never hold pure clear water, a mind filled with its own thoughts will not be receptive to the teaching. Adding more water to the muddy cup won’t make it drinkable. Instead, the cup must be emptied first. Then only will the cup be fit to carry clean, pure water. The spiritual teachings of liberation are like crystalline water. But the mind filled with its own thoughts and preconceived notions of what the path is will never be able to freely hold the teaching. The mind must first come to a neutral point, free from the burden of past preferences, thoughts and habits.

The Sanskrit term upeksha means equanimity and it is used to refer to a state of mind that is neither for nor against any particular experience, sensation or thought. The equanimous mind is like a polished mirror that reflects back the true nature of reality without any warped imagery. Pure observation without value judgement is a skill cultivated through many years of practice. At first, it may seem completely counterintuitive to remain equanimous in the face of intense positive or negative experiences. All your conditioning says that you should fight against the negative and try to hold on to the positive, while the neutral simply fades into the background. Ping-ponging between attachment to pleasure and aversion from pain, the mind is caught like a fox in a trap with no escape. Teaching the mind to remain equanimous breaks the chains of the past and allows the mind to perform its true function—to simply observe.

Equanimity, meaning equally balanced, applies to a mental and emotional state evident in yogis. Do not mistake this calm mind as boring or apathetic. Far from it, the state of equanimity facilitates deeper connection with all of life. While you may operate on a certain level of awareness and assume that what you know of reality is true, all of what you know is in fact based on past experiences and colored by your personal preferences. Your personality is the habit of being yourself. What you see, think, say and do is all based on what happens in the past. If you continue reacting to the present in the same manner as you have reacted to the past, then the future will be entirely predicated on the past. This is what some people call a karmic cycle. But, if you are able to remain equanimous and simply observe, then the mind finally arrives in the present. Instead of experiencing the present as a projection of the past you see clearly. Instead of living under the shadow of the future, you simply experience what is exactly as it is.