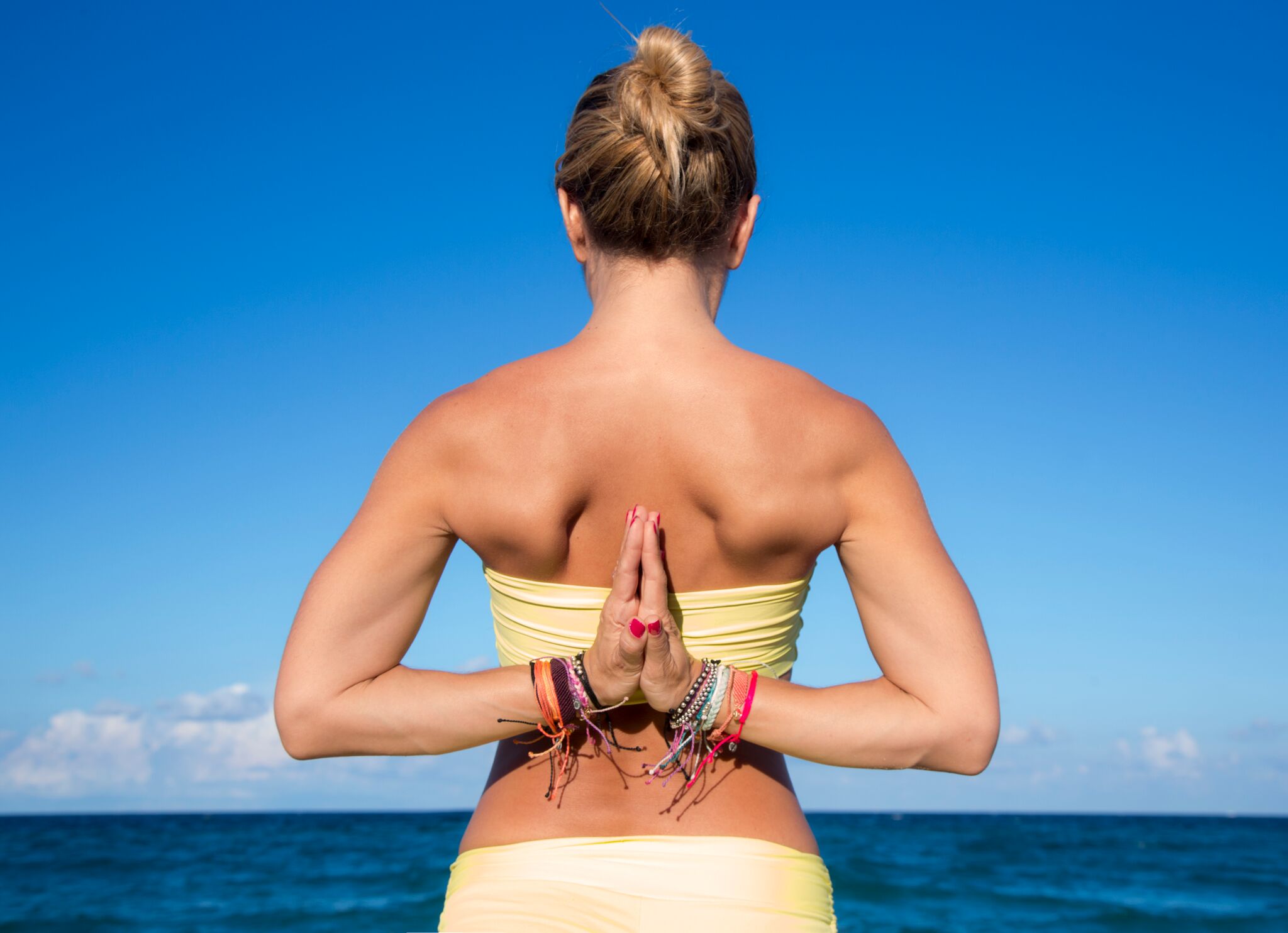 The Mystery of Pain by Kino MacGregor

The body is a mystery. Despite all the marvels of modern medicine, there are some basic things about the body which remain unexplained. As a yoga teacher I work with a lot of bodies and I’m sometimes privy to a little bit of the magic of the realm of the body.

Sometimes I’m so involved with the body that when I close my eyes after teaching I actually see random body parts moving into the yoga poses. It’s kind of like a yoga allegory and it usually happens when I teach a long Mysore Style class. Sometimes I even dream of helping students into poses and giving the hands-on adjustments that Ashtanga Yoga is known for.

An issue that’s been coming up in class lately is about protruding tailbones. There are some student who complain that poses which require balancing on the base of pelvis hurts their tailbones or sitting bones. Often times it is a student who has suffered an injury at an earlier point in their life prior to practice. The once the coccyx breaks it often grows together at an angle. Add to that more personal complications such as deviated sacral alignment and you have a recipe for pelvis pain in balancing poses like Navasana. When a student asks me about what to do about this pain, I usually suggest the easy solution of adding some cushion, like a towel or a blanket under the hips when practicing that pose. It often offers immediate relief. However, some students don’t like the idea of brining additional padding to practice and get frustrated. There is nothing really to do but accept the situation and use the opportunity in each practice to forgive yourself, love yourself and make peace with where you are.

The reason that I’m writing about this today isn’t to offer an easy solution to this issue, it’s to ask a different question. Sometimes I meet a student who has a serious misalignment in sacrum or an extraordinarily bony tailbone. This happened recently in a Mysore Style class I was leading. One student who appeared to have a normal pelvic structure complained of tailbone pain in Navasana. She asked me to check out her tailbone and I asked if she ever broke or inured this area of the body. She said she hadn’t and that the pain was only there in Navasana. I gave her instructions about the best possible alignment of the hips in Navasana and it helped a little. Since this isn’t a pose you want to be tolerating unnecessary pain (there’s enough good pain in Navasana for everyone!) she ultimately decided to use the blanket. Strangely enough, in the same class I noticed a student who had an extraordinary large tailbone and a deviated sacrum. It was evident from Downward Facing Dog and in all Forward Bends. It was so intense so that her Navasana was actually a little off kilter. I asked her if she had any pain in her coccyx during the practice and she said no. I asked her if she had inured this area prior to yoga and she said that she had. The woman with the injury and the obvious misalignment was one of the happiest and most cheerful students in the class. I could not stop thinking about these two students.

One who seemed to have everything in place reported intense pain and required a modification while another who had an obvious preexisting condition reported feeling totally good and did not require any modifications. I asked massage therapist and doctors and fellow yogis if they had encountered something similar. Most said that it was quite common for a student or patient to be diagnosed with a severe condition only to report no pain, while at the same time someone else with no diagnosis may report a rather intense pain. How does the body work? How can one person whose MRI shows an injury feel fine while another whose MRI shows nothing have pain?

The body is not reducible to tests and scans. I know that much from my own practice and experience. The body is living organism that responds to thoughts, vibration, feeling and energy. The body can also be a prison if your mind isn’t at home inside of it. I don’t have the answers as to why some people feel pain and others don’t. I know some people who fluctuate radically between being able to practice with ease and then feeling incapacitated by pain. One day they are working handstands and the next lying in bed. I know other people that are able to maintain a consistent practice over many years without much effort. I’m in awe of the mystery of the body. It feels like the body can either be a prison that traps you into cycles of pain or it can be a sanctuary of peace. The journey of yoga isn’t about mastering the poses, it’s about finding the feeling being at home in your own skin. Until that happens pleasure or pain are traps that entice you into cycles of addiction and aversion. Freedom doesn’t necessarily come from being fully liberated and pain free, but it might come from being totally at peace and in harmony with whatever you experience. There are things about the body that we cannot control, but the one thing we always have control over is the state of the mind. Choose peace and equanimity and you’ll be one step closer to finding a permanent place of inner resolution.