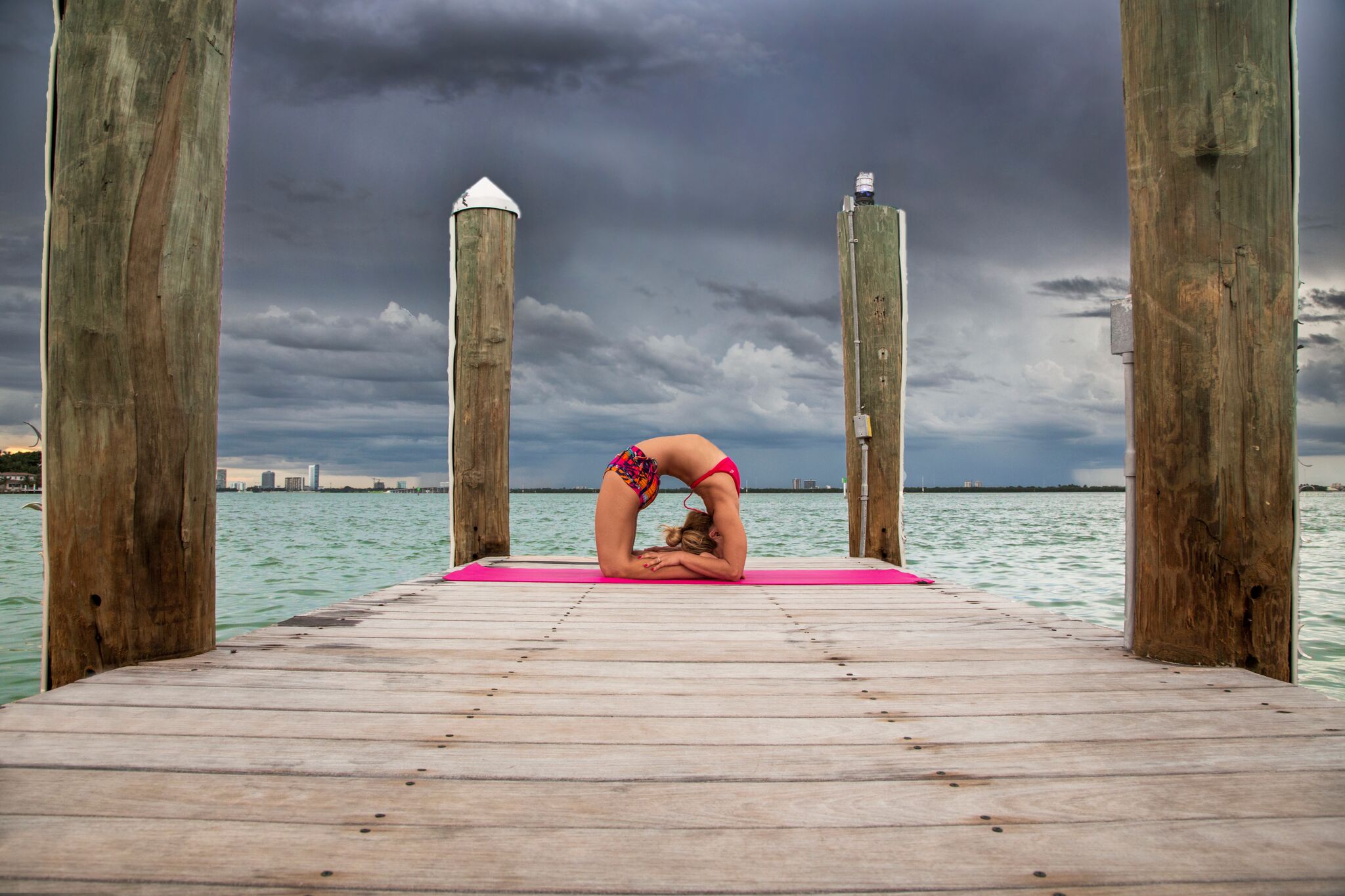 Yoga is all about peace and love. Is that really true? Yes and no.

Just like the practice itself sometimes feels both amazing and really challenging, I believe yoga is about giving you a deep and imperturbable peace and steeling your will so that you are strong enough to fight the good fight.

Think about it within the context of practice. If you’ve ever tried to lift up into a handstand or hold an arm balance or jump back or drop back into urdhva dhanurasana, you know that yoga can sometimes be hard, so hard hat it pushes you to your limits. We have all fallen, tumbled and rolled out of the poses. It isn’t easy. It’s a humble practice built on devotion, dedication and determination. It’s not a feel-good escape into a pixie-dust world where you only see plastic unicorns. It’s real, gritty and authentic. That’s why yoga works.

Historically, yogis have not all been peace keepers. Some, like Arjuna in great battle of the Bhagvad Gita, have fought and entered into battle, knowing despite the harm done, their dharma was to fight the good fight. The pose Virabhadrasana is named after the great warrior Virabadhra who was created out of one of Shiva’s dreadlocks. Then take the mythological story of Trikrama, an avatar of Vishnu, who incarnates in a time of risis to restore cosmic balance by creatively defeating the demon king, who had acquired disproportionate power over the universe. I would be most happy to see this great yogi appear right about now!

All the advanced yoga poses pale in comparison to the kind of strength it takes to face difficult situations in life. It is neither popular or easy to break the bubble of false positivity that surrounds some in the yoga world. But when injustice, sexism, racism or inequality are present and perpetuated by brands or organizations that claim to represent yoga, it is simply not possible sweep it all away under a few peaceful platitudes. Sending someone peace and love and wondering why we can’t all just get along when gross injustices prevail is irresponsible. When you decide to look away from someone else’s pain and just “spread love” you hammer another nail into the coffin that keeps the marginalized silent and chained. When you block out all dissent and call everyone who voices criticism a hater, you build an ivory tower out of affirmations.
Here’s more on the “positive vibes” virus by Ali O’Reilly
https://www.mcsweeneys.net/articles/an-open-letter-to-the-phrase-positive-vibes-only
There is great power in learning how to control your thoughts. By focusing on the good instead of the bad, you can learn how to be happier. This is especially important for those of us with negative inner dialogue and low self-esteem. If the voice in your head skews negative you will see a huge change from training that voice to skew slightly positive. But that isn’t license to turn the page to something positive when anything inconvenient or disruptive arrives.
This week’s Yogi Assignment is Awakening. Yoga is a path of enlightenment. Sometimes when you turn all the lights on you finally see what was hiding in the shadows. If you find yourself in a dark and protected bubble, asleep in a drought garden of positivity, it can feel awful if the sun shines too brightly. You may want to run away, fight the sun, or hide under a blanket. The more time you’ve spent in the bubble of illusion the more identified and attached you are to it, the more it hurts when the light pours in.  And when it does, you have the choice whether to take an honest look at what’s happening around you or to dig your head in the sand.
Only when the sleeper awakens will the yogi in your be born. Meanwhile, we all keep practicing.