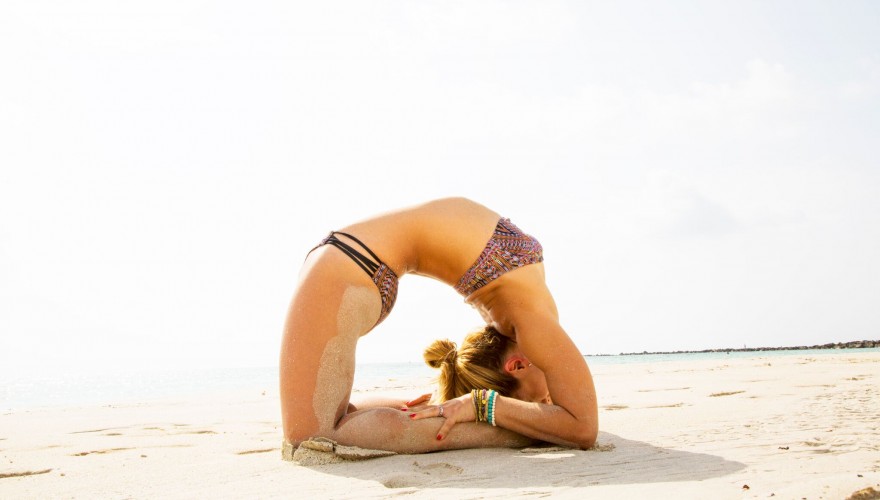 But how do you find hope amidst what feels like a hopeless place? Sure when things are going your way and everything feels great it’s easy to believe you’re held by the universe and that things will work out in your favor. When you’re faced one heartbreaking loss after another only to buried in a mountain of suffering while leaning against a corner of difficulty, hope may be a scarce commodity that is simply nowhere to be found.

When I first started yoga everything was impossible. Not only could I not lift up into handstand, but I couldn’t even manage to lift myself off the ground in any pose. I tumbled out headstand. I was so bad that people suggested I stop trying and cut my losses. It might seem hard to believe but I’m being totally honest and transparent. The feeling of utter frustration and desperation was real and overwhelming. My journey is the story of hard-won hope and these lessons translated off the mat into my life in real, substantive ways. I had to learn how to have hope even when all the signs indicated that I should have none.

1. Don’t try go from the doldrums of darkness into unicorns and rainbows. It’s too big of a leaf and your emotional, physical and spiritual bodies will all rebel. You’ll reach for the stars only to fall down hard and feel even more defeated than when you started. Instead, just reach for 2% better than your status quo. If you’re feeling rage, then reach for a softening. If you’re feeling depression and self-pity reach for a small thing that brings you joy. Over time those small 2% changes add up to a total paradigm shift.

2. Decide not to quit. While it may seem like hope is a gift, just like any other emotional state it’s often a decision. Hope is strength and resilience. It means that you believe something to be true because you are willing to work for it every day, no matter how like it takes. Hope includes the active role that you play in the journey of life.

3. Trust your worthiness. This is a big one, but once you get it you’ll unlock a whole new level of hope. Rather than a pie-in-sky sense of entitlement you’ll know deep in your bones that there is a unique, Divine plan of infinite providence created in love specially for you. While you may not know what that is or where it all leads, you’ll have enough spiritual fortitude to believe against all odds that if it isn’t ok, it isn’t over yet. You can’t mess it up if it’s your destiny. Even the mistakes are steps along the way.

Hope is considered one of the three Christian virtues. 1 Corinthians 13:13 says: “Three things will last forever—faith, hope, and love—and the greatest of these is love.” The grounding strength of stubborn hope makes both faith and love possible.