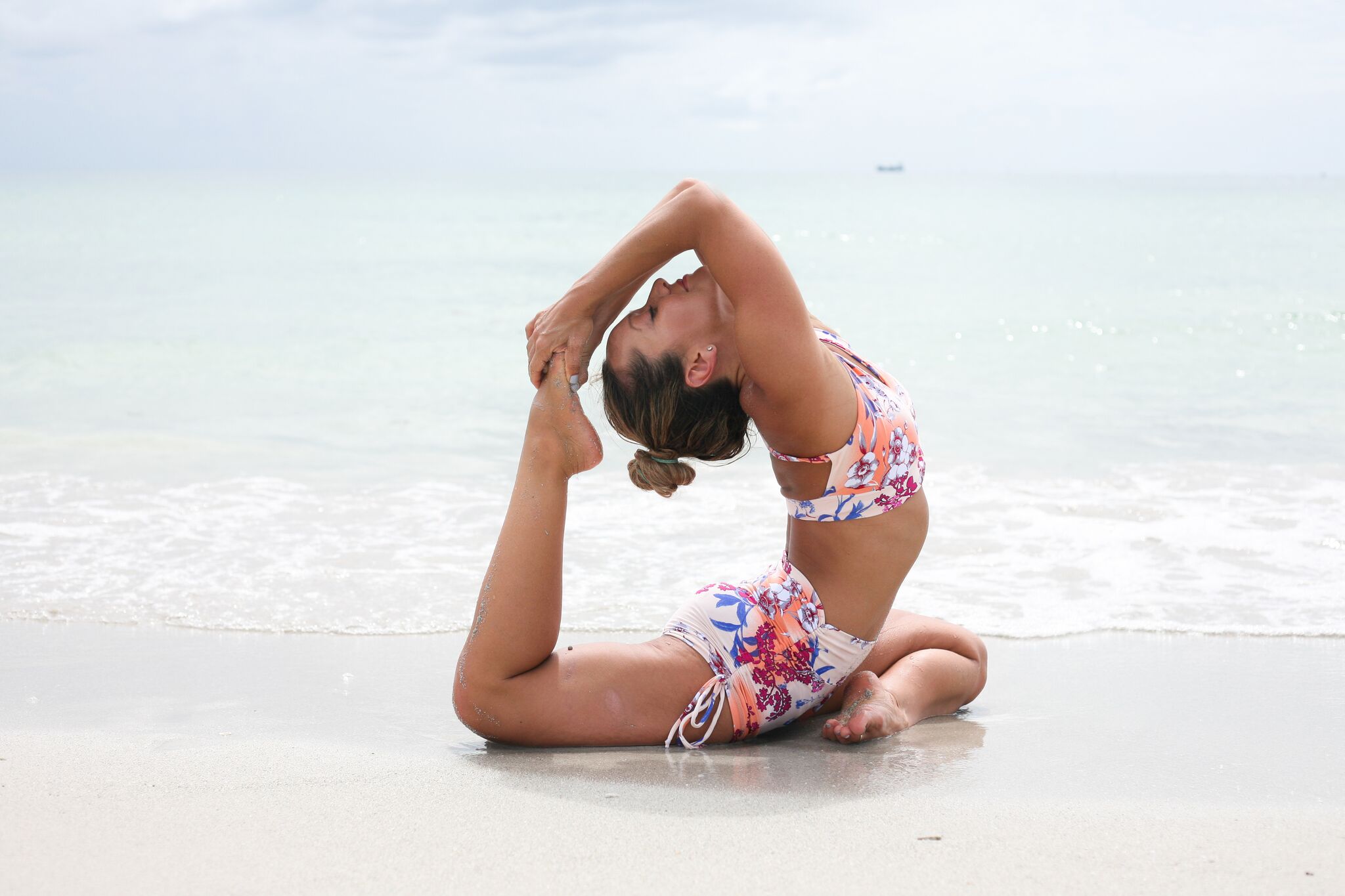 I’m on an airplane after waking up at 4 AM to practice, pack and get to the airport on time. Just after the airplane takes off I recline my seat, close my eyes and position myself for a nap. Then suddenly I feel the person behind me kick, hit and shake my seat. I open my eyes and peer in through the opening. I see an angry man. Our dialogue unfolds like this—

‘Will you move your seat up? I’m watching a movie and it’s bothering me that you decided to recline your seat.”

“I’m sorry but I’m trying to take a nap.  Would you consider reclining your seat as well?”

“Look, just MOVE your seat up!”

He shakes and hits the seat again.

“Sir, if you feel there is a problem, I suggest you call the flight attendant.”

“Problem? Why are YOU making a problem? I don’t have problem, it’s YOU who are the problem!”

Astounded, I decide not to continue the dialogue, turn around and close my eyes. I also prepare to call the flight attendant if he hits, shakes, kicks my seat or yells at me again. Simultaneously, I register the confusing pantheon of feelings running through my body. First, I realize that I am physically agitated. There’s an uneasy feeling around my heart and a feeling of nervous energy. I realize the root of fear. I have no idea to what level this man is willing to engage in further violence or if it could escalate. I’ve registered the level of aggression in both his speech and physical actions in my own body and I am keenly aware that it likely could increase. I ponder asking the flight attendant to move me but decide that I won’t unless he continues.

Then, underneath the fear and discomfort, there is also a general dissatisfaction with the inability to reach a happy, peaceful resolution. I like to think that we as human beings can always negotiate a win-win outcome for all in any situation. Reality often proves that it’s not always possible. Instead, what happened here was suffering for everyone. He suffers because he didn’t get me to move my seat up. I suffer because he both yelled at me and shook, hit and kicked my seat. We are both disturbed. There was no resolution. I sat there with my eyes closed, dissatisfied, feeling it all, searching for meaning.

Then, in the midst of my own spiritual searching another layer came through. I realized that I felt crazy after the interaction. The last statement made by this man is what is called gaslighting. Gaslighting is the act of psychological manipulation that sows the seeds of doubt and makes the person who is “gaslit” question their memory, perception and sanity.

While I am the one who moved my seat back, he is the one who made that action a problem. Let’s face it, no one loves when the person seated in front of you in economy class moves their seat back into your space. But, that is a contract that we all accept when flying. It would be great if we could all fly in the roomy seats of business or first class, but that’s just not always possible. What we have the power to do is either pay for a business class seat or choose how to respond when we fly in economy and things annoy us. The fact that I am even explaining this is the result of gaslighting.

When this man denied having any problem and accused me of being the problem it is gaslighting. He clearly has a problem with my actions and is clearly the initiator of the aggressive action. But, his outright denial of his role in the interaction and the blaming of the victim of his aggression is the essence of gaslighting. I felt insane. I doubted my sense of self. I questioned whether I really was the problem, whether I should have just moved my seat up and if it was really me that was overstepping his boundaries. I had to process my feelings, his feelings and both of our reactions in the grand scheme of the social contract of flying before I felt confident enough in myself to realize that I had done nothing wrong. I had to put in emotional labor to realize the he had no only been unacceptably aggressive but also psychologically manipulative in his response to me setting a boundary for his behavior.

Now, this isn’t the first time that I’ve experienced behavior like this. But, it might be the first time that I was able to experience, process and react in a way that was in alignment with my core values. In the past when I have felt victimized and gaslit by someone else I have reacted from the gut, without thinking things through. I have fought battles that were not mine from a place of deep hurt that lead to no resolution, only more war. I have been blinded by my own rage, and also blinded by my own desire to “prove” that I was right, or even just sane, and that my memory of certain events was true. But this time, perhaps because it was just a seat on an airplane and it didn’t involve any of my deep triggers, I was able to engage in a course of action that I feel resolved about.

1. As the first instant of a level of aggression that exceeded my boundaries I disengaged.

2. I did not back down from my initial claim, I kept my seat reclined and managed to sleep (or at least rest while I processed all of this).

3. Somewhere in the midst of my inner reflection, I decided to practice Tonglen, which is a Buddhist meditation technique that involves sending love to your enemies. While this man wasn’t really my enemy, it certainly felt antagonistic. I could feel the seeds of anger, defiance, self-justification, and victimhood bubbling up to the surface. I could feel myself getting agitated and readying myself for confrontation. But there, in the midst of all this I decided to send him love. I prayed for him, tuned in to his suffering and opened my heart to him. This man was traveling with two kids on his own. Throughout the flight his young son started a tantrum that lasted over an hour. This child was screaming at the top of his little lungs. At first, I cheered the kid of because I imagined that the child felt like I did. After interacting with this kid’s father I wanted to throw a tantrum, scream, kick and cry. But I’m an adult so I couldn’t do that. I had to meditate and process my shit. This kid was my avatar for a few minutes. But then, my heart softened yet again as I continued to practice Tonglen. As this child screamed “Mama” over and over I felt the rejection that the father felt and again I sent the whole family love.

Now, you might think—why didn’t I then move my seat up after realizing that he was suffering perhaps more than I was. I thought about it, but wasn’t clear that it would be the appropriate action. I wanted to set a boundary and I wanted to make a claim for my own rights. I also wanted to sleep and those few inches of recline allowed me to rest on the flight. In an ideal world, there would have been a win-win solution where I found a space to recline and this man got his extra few inches. If there wasn’t a win-win, at least there was spiritual learning.

And in retrospect I’m grateful for the experience. Not only did I directly experience the psychological phenomena of gaslighting in a relatively safe, neutral setting, but I also got to practice a loving response that allowed me to keep and maintain my own boundaries. I left the interaction with a heightened feeling of self-respect, something I have not done before when experiencing the gaslighting technique.

The universe will keep giving you lessons until you get it right. I believe that life is a spiritual learning experience. We are here to evolve and grow and learn our lessons. Sometimes we get carried away with external form and judge ourselves harshly over mistakes that we’d made. I know I do. In fact, prior to this interaction I was reflecting on my past reactions to victimization, gaslighting, spiritual bypassing and other power struggles. When I asked myself if I was ready to forgive myself for my own shortcoming, the answer that I got was simply no. The reason why was that I felt quite simply “stupid, stupid and more stupid.” I felt stupid for thinking that I could fight a war and change the status quo. I felt stupid for allowing my triggers to get the best of me and not thinking things through. I felt stupid for not setting my boundaries sooner and thinking that I could somehow work everything out to a win-win all the time. I felt stupid for letting the seeds of anger and hate grow in my own heart. I started to do some process work around forgiveness. The phrase that I am currently using is, “Even though I messed it all up and have lost a lot, I forgive myself completely and I love myself completely. I was only doing the best I could. I choose to learn from my mistakes and be delighted in my life.”

This week’s Yogi Assignment is Life Lessons. Ask yourself what your biggest life lessons have been this year. Meditate, journal and reflect on the process. Hindsight is often 20/20 so look back at the mistakes that you made as learning experiences instead of things to beat yourself up about. Then, identify both the lesson and the learning, forgive yourself for the time it has taken you to learn, and set an intention to integrate these lessons the next time the situation arises. After all is said and done, you are really just doing the very best you can.