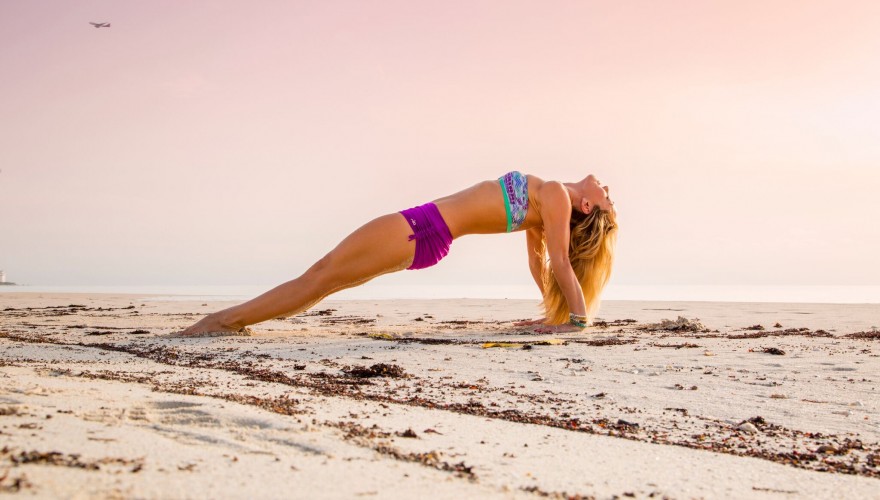 You may find this hard to believe, but I often have a hard time trusting that things are going to be ok. My overactive mind constantly casts various scenarios of how things may work out, not all of them are pleasurable. Perhaps this is the reason that I was drawn to spiritual practice. Over the course of nearly twenty years of dedicated practice the biggest shift has been in terms of faith. I now trust (somewhat begrudgingly) that things will work out. In other words I have faith.

This week’s Yogi Assignment is Faith. Known as Shraddha in Sanskrit, the yogic understanding of faith is not about blindly accepting whatever life-affirming cliche or religious worldview is popular. Instead, it’s about connecting to a deep, eternal truth that shapes every aspect of your life. Introduced by Patanjali in Yoga Sutra 1.15, faith is a fundamental tenet of the yoga practice. I included Shraddha in my Yogi Assignment book for Chapter 13. The nature of deep and personal faith is something you could return to repeatedly for the rest of your life.

I was never one to trust in the universe generally, nor did I really ever feel like life dealt me an awesome hand. After my grandfather passed away when I was nine, I suffered a series of sexual assaults that took me years to fully process. Then, once I started to try and get my life on track, wherever I looked it felt like the answer was always no. When I tried to do a handstand, I was told my thighs were too big. When I set out to find a job a yoga teacher, no one would hire me. When I wanted to publish a book, every major publisher and over 150 book agents turned me down. When I wanted to make yoga videos, every single major, established company told me no. When I wanted to build a yoga TV channel based in the real experience of the yoga practice, every producer, TV executive, and online company told me no. When I report a series of fake accounts to Instagram, they say I have no claim and refuse to verify my account. When I submit a bio page to Wikipedia, it gets rejected. I want to take a moment here and thank each and every one of you for believing in me. Whereas I’ve never really accepted by mainstream companies, I have felt heard and valued by real prowl like you. You are truly the reason I stay inspired!!

No matter what you see from the outside, I fail so much more than I succeed. I felt defeated nearly every time I heard the answer no, but something in me kept getting back up and trying again. Something in me believes against all odds and that is Shraddha—a deep underlying faith and determination to see things through. You could call it just stubborn hope and undying tenacity, but it comes from a place of connection to the eternal within myself.

Faith for me is commitment to do whatever it takes, no matter how long it takes to get the job done. And while I know I’ll have to work hard I also know I’m not in it alone. Rather than simply an abstract idea of re universe, my faith comes from a personal and direct  experience of the Divine. When I meditate and practice daily, I clear my mind of all the other thoughts and open myself up to be immersed in the timeless, eternal presence of God. Then in moments when I feel stuck, hopeless, and lost, a power greater and grander than I could ever imagine steps in to do what I cannot.

While it may seem trivial, let me share a travel story. My flight to Chicago was scheduled to depart at 6:45 am, but the co-pilot called in sick. My connection was already a tight 50 minutes for Quad Cities across different terminals. Now we ended up with nearly a one hour delay and I was sure I’d miss my connection and possibly my class in the evening. I quickly googled other flights and found one later in the day, but it would have put me in far later. Then I paused and became still. I quieted my mind with the tools of mindfulness and meditation. Then I asked, “Will I make my flight?”. And I felt the answer manifest in the field of my heart, “Yes, but you will not have a moment to spare.” Then, I closed my eyes and slept for most of the flight. As we were landing, I realized that we arrived just 10 minutes late, not the one hour originally planned. But after taxi and exiting the plane, I only had 10 minutes to get to my gate. Then I head the word, “Run”. Now, before I continue, you should know that I hate to run, in general, and especially in airports. I usually travel in wedges which are not great running shoes. So, in an act of surrender and perhaps also desperation I took my shoes off and ran. Panting, shoeless and grateful, I arrived at the gate just as the door was closing.

If I had lacked the faith that I’d make the flight I wouldn’t ran, I would have quit. If I hadn’t run, I probably wouldn’t have made the flight. This is perhaps a perfect illustration of Shraddha. You don’t just sit back passively believe or blindly follow. You believe and with that belief comes with the willingness to work for whatever it is that’s in your heart, whether it’s making a tight connection or launching a new business.

When I look back at all those times the world told me no, I asked myself if I ever took the time to ask before I acted. The answer was most often no. Now before I act, I always ask. Perhaps it is the asking itself that opens the door to true faith. Well, truthfully, I doubt I’d have heard anything if I asked before. Not only was my mind not quiet enough to truly tune in and listen, but I didn’t yet have a connection to the Divine. For me, I couldn’t just generally believe. I needed to immersed in the powerful presence of God before I was willing to surrender. But that is a topic for another blog…